Helios3 USB Geopathic Stress (GS) and Electromagnetic Radiation (EMR) works on any 5V USB charging sockets or can be plugged in into your computer, car USB socket or power bank to give you an extra boost of Schumann resonance in your local environment at home or workplace.

The latest electronics, a powerful Schumann Resonance coil and compact design is everything you need to generate Schumann waves or the Earth’s heartbeat vibration in any environment. 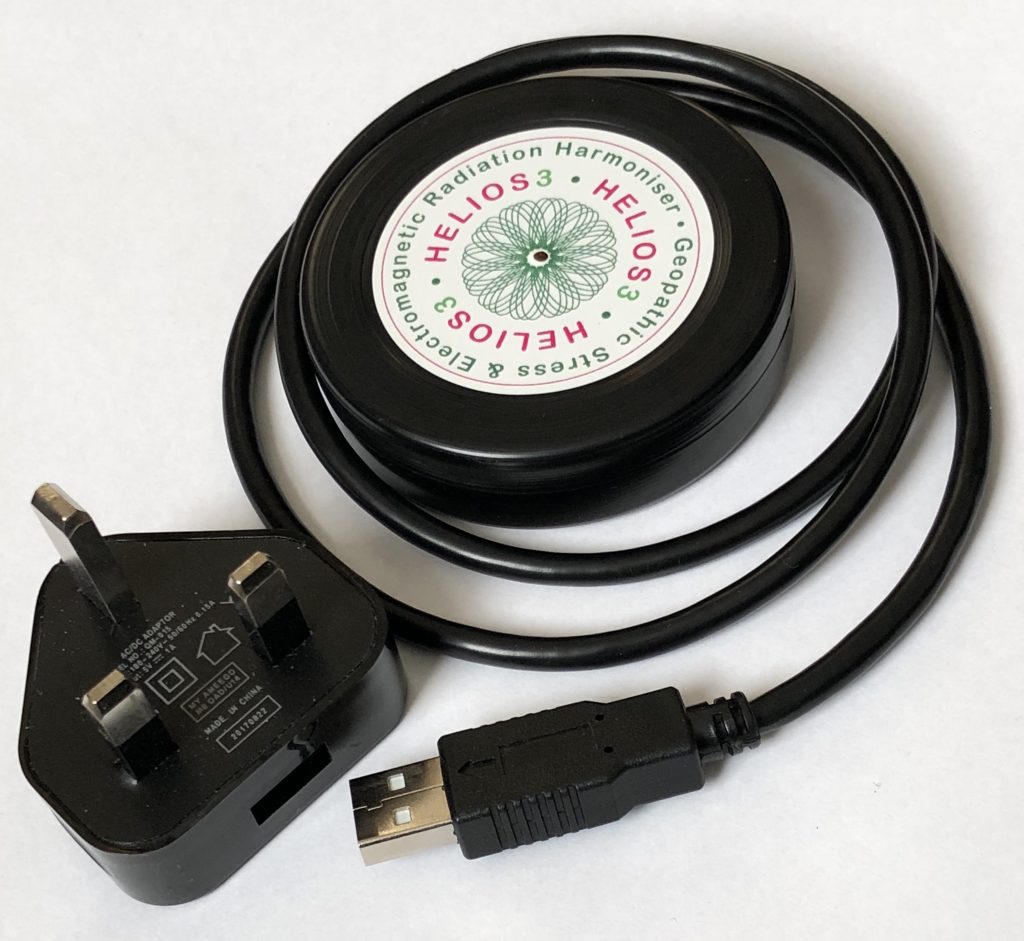 Helios3 produces the sinusoid wave of Schumann Resonance of 7.8Hz. 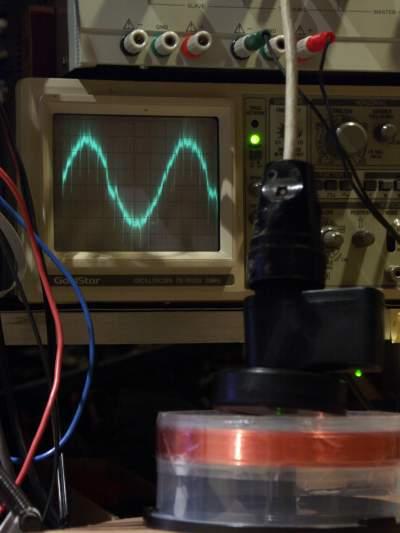 Schumann resonance was named after physicist Dr. Winfried Otto Schumann who predicted it mathematically in 1952 and then NASA detected in 1962. In short, the Earth has a huge electromagnetic field which surrounds and protects it with a natural frequency pulsation of 7.83 Hertz on average. It’s like a heartbeat of the Earth. Interestingly, 7.83Hz is also the human brain’s alpha frequency which has relaxing and healing properties. In the past 200+ thousands of years, humans have been exposed only to the natural radiation of the Earth (Schumann Resonance), sun, thunders and some geological radiation and our bodies have well adapted to it. But according to Olle Johansson, PhD, Associate Professor in Neuroscience at the Karolinska Institute, Sweden, in the last 10 years, the man-made radiation that penetrates your bodies has increased quintillion times more – that is 1 000 000 000 000 000 000 times more! (18 zeros) Hence, the need for Schumann Wave resonators which can boost that needed healthy frequency.

Dr. Wolfgang Ludwig, one of the first researchers on this subject, discovered that Schumann Resonance can be easily measured in nature, but it was almost impossible to detect it in the city, because of all manmade signals such as radios, TVs, phones, electrical lines, etc were much stronger, overriding it. He deduced that this could have health implications. In 1974, when Ludwig’s mother was suffering from Foehn symptoms (weather effects such as low pressure and high winds), he built a small hand-held Schumann Resonance generator to imitate the Earth’s magnetic 7.83Hz fields. To his and his mother’s amazement, as soon as his mother put the device to her solar plexus or on the back of her neck, all the symptoms disappeared.

Later, an Australian electrical engineer Lewis B. Hainsworth, among others, suggested that general health can be related to geophysical factors. “In particular, the alpha brain rhythm is so placed that it can in no circumstances suffer an extensive interference from naturally occurring signals,” asserted Hainsworth.

From 1964 to 1989, Professor R. Wever from the Max Planck Institute for Behavioral Physiology in Erling-Andechs conducted 418 studies with 447 human volunteers in an underground bunker that screened all magnetic fields. The volunteers lived in this hermetically closed environment for four weeks. Professor Wever recorded that the subjects’ circadian rhythms diverged and that they suffered emotional distress and migraine headaches. Because they were young and healthy, no serious ill-health symptoms showed up but he suggested that if they were old and not healthy a different outcome would be observed. Then with a short exposure to frequency of 7.83Hz (which had been blocked), the volunteers’ health went to normal again. NASA’s astronauts when out in space, and far from the Schumann waves reported similar ill-health symptoms.

Alpha brain wave pattern stimulation as the first types of neurofeedback training was made popular in the late 1950s and early ‘60s by Dr Joe Kamiya at the University of Chicago. In short, alpha waves are associated with being in a calm, meditative, mindful state as well as improved sleep quality, relaxation and healing. One 2005 study (​Hanslmayer et al, 2005​) found that increasing alpha waves improved general cognitive performance in health. Other research suggests that neurofeedback training of EEG alpha rhythm enhances episodic and working memory.

New and real evidence suggests the connection between Schumann resonance and our brains which produce the same frequency in the range of 7.83Hz when relaxed and healing. The NHS trial in Leicestershire, UK tested the Alpha-Stim aid device which is based on cranial electrotherapy stimulation (CES) and sends tiny electrical currents via earlobes to boost the ‘alpha waves’ in the brain which can promote a relaxed, calm state. In this trial, 63 per cent of 161 patients in an NHS trial with a general anxiety disorder (GAD) who used the device the size of a mobile phone for six weeks, had achieved remission according to the Journal of Affective Disorders with comparable effectiveness to that of CBT (cognitive behaviour therapy). Richard Morriss, a professor of psychiatry at Nottingham University’s NHR MindTech centre, said, “Alpha-Stim CESS was more effective at achieving remission than expected. As well as improvements in anxiety, there were improvements in depression and insomnia.” The device costs £600 and if rented to patients it could save NHS about £540 per patient compared with existing treatments. The device is approved by America’s Food & Drug Administration. Three million people in the UK suffer from depression, and up to 5% of the population from generalised anxiety disorder (GAD), a long-term condition that can cause anxious feelings. The American maker of Alpha-Stim claims it has a cumulative positive effect and the NHS trials seem to corroborate that.

Translate this page into your language now »